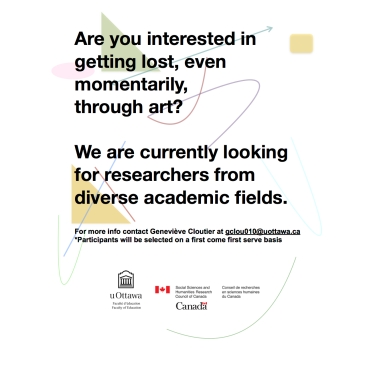 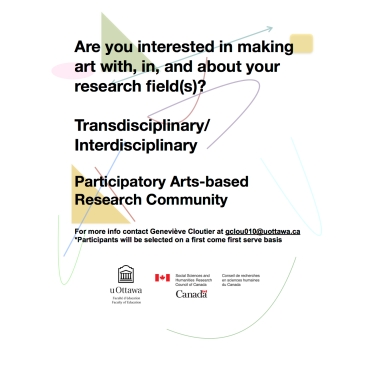 I am the founder and artist facilitator of Place des Artistes de Farrellton’s (PAF) Imagine Action Youth Council, a Youth-led Organizing Committee that develops, initiates and facilitates pop-up community art projects and events. Regular gatherings between March-October offer a democratic, responsive, playful and sensitive space geared towards fostering creative, critical and participatory citizens of the world. Youth are encouraged to play, make, experiment and pose questions. Community connections and problem-solving, alongside holistic self-expression, is the basis of an emergent program designed for and by youth. The Imagine Action Youth Council has organized workshops, collaborative art projects, and playful events focused on activism and community-building. So far, this has included three community art projects which I have co-curated and directed as an artist facilitator.

The first project came into fruition as an earth day project when I offered workshops about accessible artistic practices and the power of artistic collaboration in communicating a message. Youth and community members were then invited to paint eyes, noses, hair, ears, and/or mouths on rocks. These were mixed and combined to create new collaborative earth rock warriors. 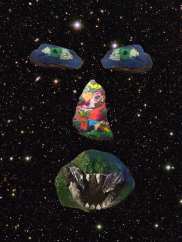 This project was followed by another community-engaged project that focused on animal rights and the power of animals in addressing mental health and isolation during Covid-19 lockdowns. I offered a series of workshops and invited other artists (Chris Simonite and Noel Smith-Sparrow) to give workshops to youth members before a call for submission was published. Community members were invited to submit portraits of themselves and their pets. These were combined into playful hybrid pet portraits by the youth before they were presented to the public at PAF’s Virtual Open House and sold as a fundraiser for the SPCA.​

Another consultation brought in Artist, Activist and Educator – Cara Tierney (they/them) to talk about gender identity, art making and how creativity can be harnessed to build more inclusive worlds where we can all be responsible to, and for, one another. After the workshop ended, the youth wished to pursue this social justice cause further, but they also wanted to wait for further opportunities for engagement as we did not have the funds to invite many artists and facilitators to collaborate on a large scale.​ As a result, we vowed to take this project up at a further date.​

In the meantime, we decided to return to the social justice topic of the climate emergency and have collaborated with various volunteer community members and organizers since January 2021. We worked in collaboration with La Pêche’s Green New Deal, including Ilse Turnsen and supporter Anita Lambton (who joined me as a co-facilitator). The youth claimed space and articulated their mandate. They cared about lowering carbon emissions, the ethical treatment of animals and the conservation of our forests and ecosystems. They developed knowledge and allyship of intersectional land stewardship and the land back movement, where they wanted to focus fundraising energy.

I offered consultation-based workshops about art protests before and after we worked with collaborator and PAF President Patrick Thompson who facilitated a design process for the protest’s logo. Community member Sarah Doyle then facilitated a tie-dye workshop so we could bring shirts to Saw Gallery, an artist-run-centre in Ottawa, that allowed us to use their printmaking studios. Patrick Thompson and Jason Vaughn assisted us in putting the design on posters, t-shirts and a banner: “Imagine Action” was the slogan as we encouraged local citizens to care for the earth and environment. We sold t-shirts at the Wakefield Farmer’s Market before our Art March on August 28th – the result of which was celebrated and shared at PAF’s Art Exhibit and Festival, Cabinet of Curiosities in October 2021, as well as at a sponsored event by the Wakefield Writers Fête which took place at La Fab in November 2021.​ One of our youth leaders, Anouk Marks, edited a short documentary film about the process which was screened at the celebration. For more information, please visit: https://imagineactionyouth.wixsite.com/home 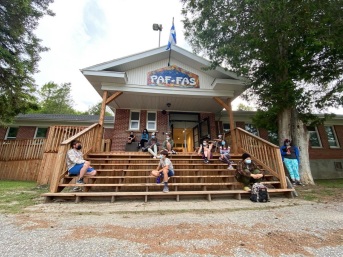 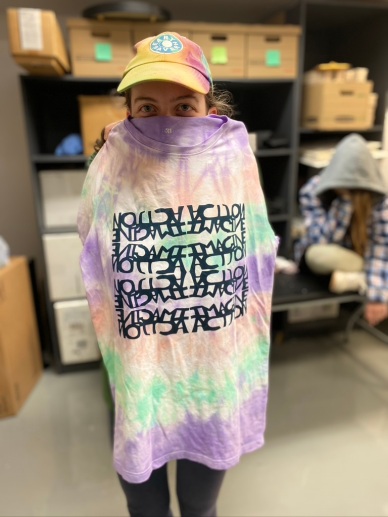 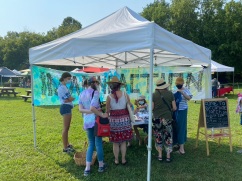 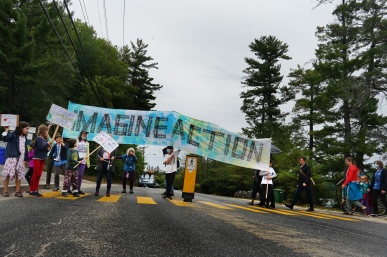 We were artists/educators/curators/facilitators/learners who worked with the Ottawa community to create (un)schooling experiences.  (Un)schooling means to pay close attention to our innate inclination to learn. It also requires us to unlearn the systemic regulations that limit these processes. For us, critical pedagogy and relationality are crucial. (Un)school included workshops, spaces, and collaborations which honoured community-led alternative education, consultation, participation and emergence. Together, we worked towards (un)learning gender & sexuality, mobility & corporeality, and fear & institutionalization in Ottawa’s Arts Court and surrounding public spaces. 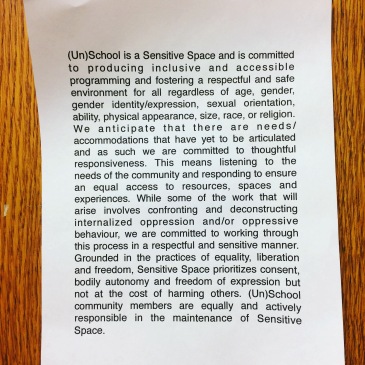 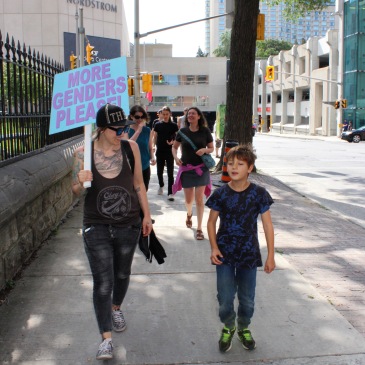 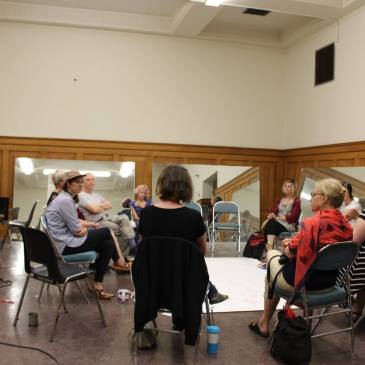 Housed in what was formerly known as Blink Gallery in Ottawa’s Major’s Hill Park, Summerhill on Major’s Hill was a temporary arts-based democratic school inspired by the free school movement of the late 1960s. Through community meetings and consultations, and with the help of dedicated community-members and volunteers, we facilitated building projects, events and workshops based on participatory spaces, self-directed education, conflict resolution and notions of freedom. To watch a video compiled of facilitators’ and participants’ recordings of a slack-line experiment, please visit: http://culturalengineering.ca/genevieve-cloutier-adam-brown-summerhill-on-majors-hill/ 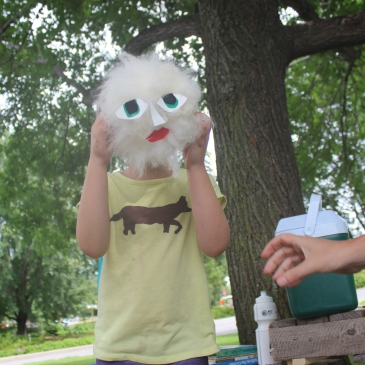 Performing g(hosts) inquired into the silencing of my First Nations Wolastoqiyik (Maliseet) ancestry through interdisciplinary art practices. I looked towards the intergenerational narratives of my grandmother, mother, and I through experimental documentary film practice, sculpture, performance, photography, installation, writing, and bookmaking and found absurdity, liminality, movements and g(hosts) amongst spaces of liminality. 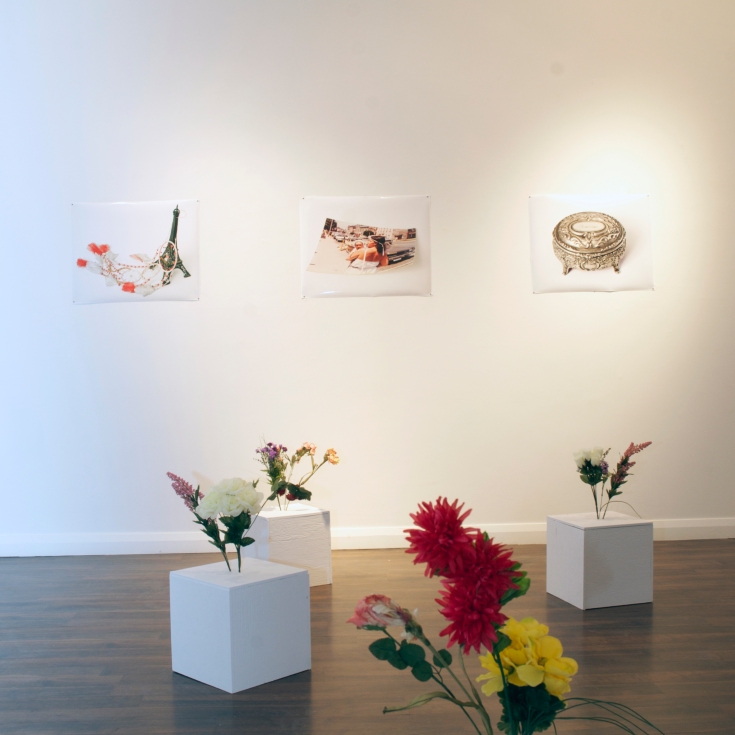 The Hollow Land inquired into the arts and craft movement through a distopic lens and did so via paint, text and the recreation of a Frank Lloyd Wright design. The latter was reinterpreted and created with soft wood that had been damaged by the pine beetle epidemic. The chair, without a seat, positioned itself between placidness and movement, along with an inability to stay seated at times of environmental crises. 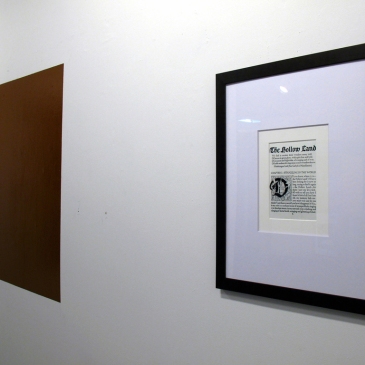 Here They Said was a community-based video project that inquired into contested spaces in Vancouver through emergent and participatory practices. Front Magazine put out a call to action for the people of Vancouver to join together in specific locations and times. They were invited to bring something to the spaces and were instructed to be as theatrical or self-possessed as they wished. The Olympic Village’s Habitat Island and Victory Square Park served as two of the stages/spaces to speak to. Improvised performances, conversations with passersby, mending, guitar playing, and writing a letter to one of the oldest trees in the city were just a few of the happenings to emerge. Please find the links included, where you can view an excerpt of the performance done on Habitat Island, as well as a compiled video of the Victory Square Park gathering. 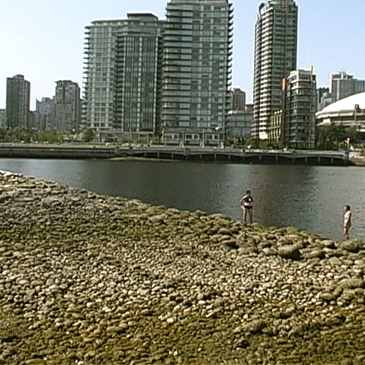 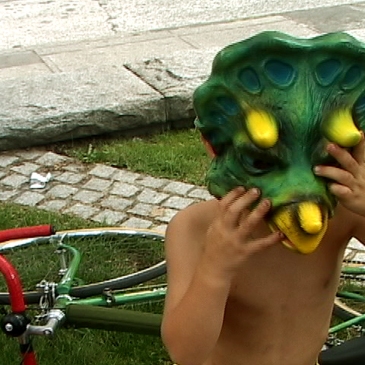 I curated My mother worked in a factory which included works by artists Caroline Ballhorn, Francisco-Fernando Granados, Benjamin Larose, and myself. Each work explored concepts situated at gendered tensions and productions, whereby objects and bodies are all at once divided and consumed, labeled and put into question.

Talking Head was performed at VIVO Media Arts Centre in Vancouver, BC and inquired into development, consumerism and information transmission. In it, a reporter and a viewer engaged in a disconnected conversation whereby no one was listened to or understood.